A lady named Dela has revealed some hidden secrets about herself and Serwaa Broni who was recently trending allegedly to be the side chick of our president.

According to Dela a woman who made this revelation, she said the lesbian practice is backed by a spirit or it is a matter patterning to spiritual issues.

According Dela, she were into it when she had a dream and in the dream she saw three women who were with man’s manhood and since there she developed see feelings for her opposite [email protected] continued to say that, in her family they are having problems with marriage that is why she was not bother to enter into lesbianism.

According to her she started the lesbianism when she was in the Junior High School. She first tested the act with her neighbor when she was in J.H.S and continued the Senior Secondary School.

Dela said that, when she got access to Senior High School she also met four ladies who were into it and they were practicing that act till she completed S.H.S.

Dela, said that she has had an affair with so many girls and due to that she was not developing and a lot of problems were encountering her so she decided to stop after she met a powerful man of God. Currently she is not practicing the act again but has a lot of side effects which is preventing her from getting a child. 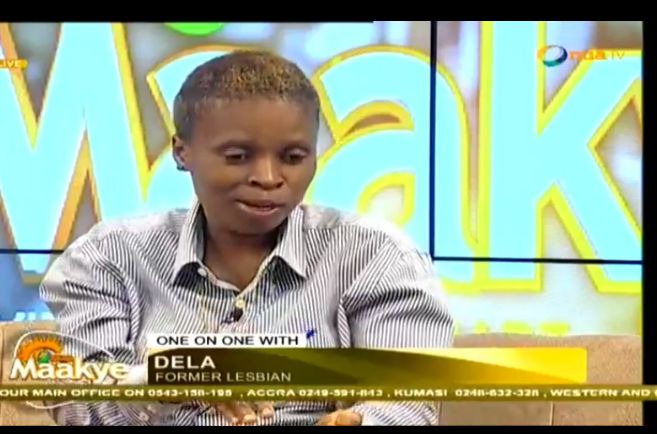 She also revealed on “Onua Makye” this morning a program hosted by Captain Smart that, She now needs help in other to have a baby and after that she made a revelation about Serwaa Broni.

According to Dela, Serwaa Broni is a lesbian and have tarnished her image on several occasions. Dela said that, she was on the same platform with Serwaa Broni and she posted her picture on their platform Serwaa Broni insulted her for advertising herself.

She further said that, in the act of lesbianism Serwaa Broni is always a woman and the current issues concerning her and the president is a trap done by those who are still into the act so that the president will not be able to speak or condemn their acts in Ghana. Write your comments below, like and share with others.

Photos and Video of Medikal and Fella Makafui’s new plush mansion worth $200,000