Media Consultant and three-times journalist of the year, Alhaji Razak El-Alawa, has reportedly passed on.

He is said to have died at the Cocoa Clinic at Kaneshie in Accra, where he was undergoing treatment after battling a short illness.

He was the Old Vandals Association (OVA) National President from July 2011 to July 2015.

He had, until his election as the National President, been the President of the Greater Accra Regional (GAR) Branch of Old Vandals Association (OVA). 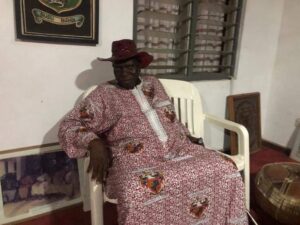 Between 1979 and 1981, he was Presidential Press Secretary, Office of then-President, Hilla Liman.

Following the news of his demise, tributes have begun poring in on social media in his honour.

You demonstrate at your own risk – Police to #FixTheCountry demo organizers

Another veteran actor passes on